A tradition of quality beyond the standard

Longines Watch Co. Francillon Ltd. has been based in Saint-Imier (Switzerland) since 1832. Its watchmaking expertise reflects a strong devotion to tradition, elegance and performance. In its early days, the firm was run by Auguste Agassiz and was a “comptoir” or trading office like many others in the area. The watches were produced under the “établissage” system, whereby watchmakers worked at home. In 1867, Ernest Francillon, Agassiz’s nephew and successor decided to abandon this production method and he brought together the different stages that go toward making a watch under one roof. The Longines factory was born. From then on, the factory in Saint-Imier steadily developed and produced many horological creations that gained international recognition. Longines was rewarded by various prizes, which gradually gave the company its reputation of winning the most awards in international and world exhibitions. In 1889, Francillon patented a trademark comprising the name Longines and its now famous winged hourglass. Longines also made a name of itself in sports timekeeping and designed timing equipment that gained the brand a worldwide reputation. Using its expertise, the brand established a network of advantageous links with the world of sport, which enabled it to offer its skilled services to various prestigious sports.Today, Longines is proud to continue its tradition by creating products based on values that it has adhered to throughout the history. Longines also follows its vocation in the field of sports timing, namely in equestrian sports, gymnastics, alpine skiing, archery and the Commonwealth Games. As a member of Swatch Group Ltd, the world’s leading watch manufacturer, Longines has points of sales in over 150 countries.

In 2019, Longines Watch Co. Francillon Ltd. and Marcolin Group have entered into a collaboration for the design, production and distribution of Longines optical and sun eyewear for men and women. Developed in accordance with the strictest quality criteria and careful attention to detail, this new range captures the brand’s aesthetic and technical know-how to offer elegant products, in line with its timepieces. 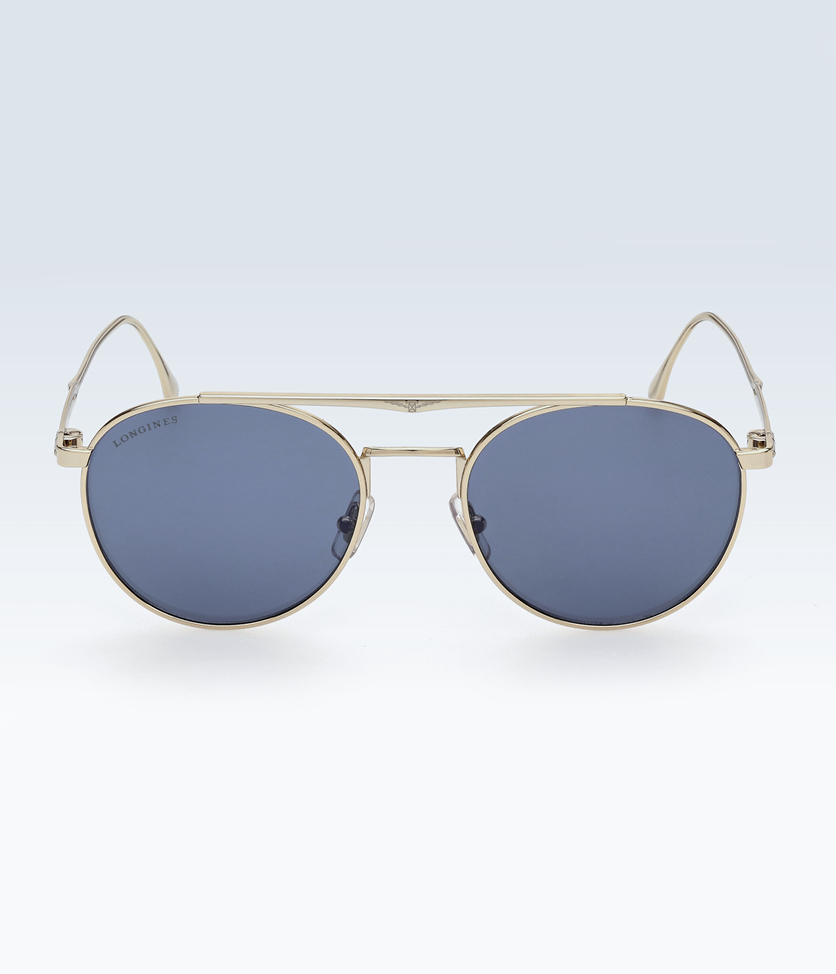 Precision, class, and personality. The Longines tradition of elegance and style spans time with exemplary experience capable of designing a collection of sunglasses and optical frames that represents outstanding technical and aesthetic research.Refined touches and materials of quality are the hallmarks of a brand that leaves its mark on modern style through distinctive design, iconic details, and extremely comfortable styles created to be protagonists in every instant.

Refined details and comfotrable shapes to express an impecciable style