The prestigious Swiss watchmaker OMEGA was founded in 1848 and is a member of the Swatch Group Ltd., the world’s leading watch manufacturer. For more than 170 years, OMEGA has been synonymous with excellence, innovation, and precision. The brand has always been defined by its pioneering spirit, demonstrated by its conquests of the oceans' depths and space. Since 1965, the OMEGA Speedmaster has been a part of each of NASA's piloted missions including every moon landing in history. In 2019, the brand was also part of the Five Deeps Expedition, which reached the deepest point ever recorded in the ocean.As well as this, no brand is more actively involved in sports timekeeping. In addition to partnerships in golf, sailing, athletics, and swimming, OMEGA has served as the Official Timekeeper of the Olympic Games on almost every occasion since 1932.In watchmaking, OMEGA’s history has been dedicated to a tradition of excellence. This legacy continued in 1999 with the launch of the revolutionary Co-Axial escapement and, in 2015, with the world’s first Master Chronometer. Approved by the Swiss Federal Institute of Metrology (METAS), Master Chronometer certification represents the Swiss industry’s highest standard of precision, magnetic resistance, and chronometric performance.

Today, as part of its growing collection of accessories, OMEGA is proud to be working in partnership with Marcolin to offer an exciting range of eyewear for both men and women.The products are deeply influenced by the OMEGA design universe, where the brand’s famous watches and jewellery are already renowned for exquisite quality and craftsmanship. In every detail, it is clear that inspiration has been taken from OMEGA’s respected heritage and luxury timepiece range. Whether it's the materials used across the frames, or identifiable features inspired by crowns and bezels, fans of OMEGA will certainly be able to see the harmony between the frames and watches they wear. 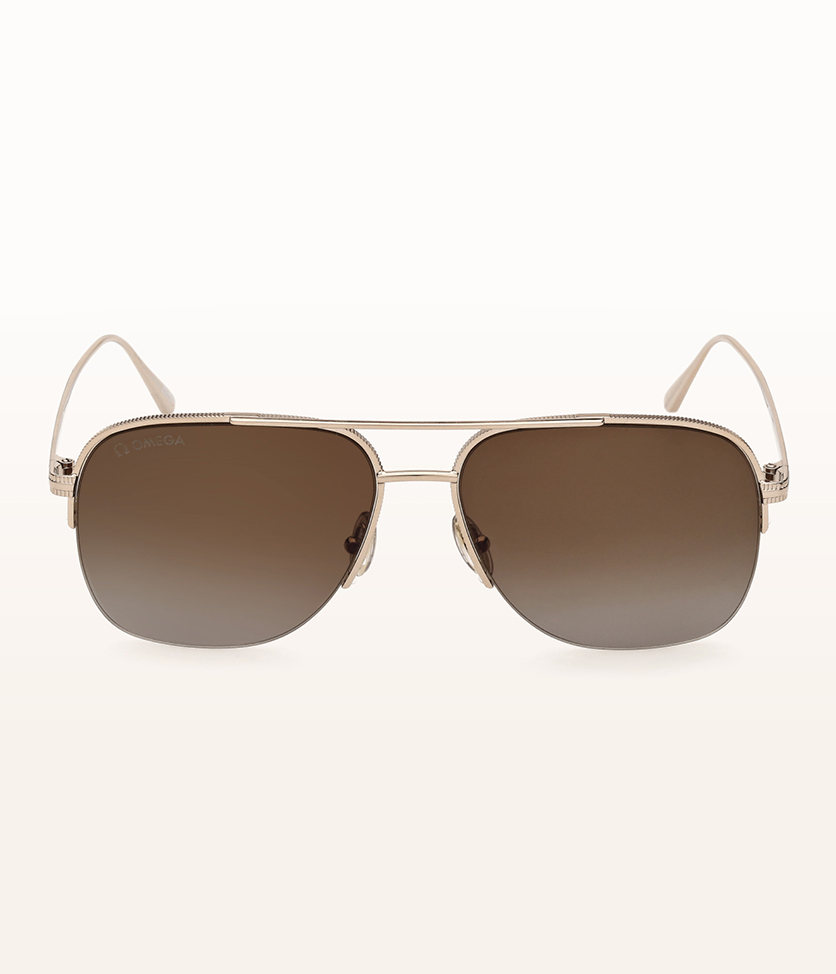 The new OMEGA eyewear collection reflects the high quality of materials and the constant innovation that distinguishes the Swiss watchmaking brand.The evolution of the design, combined with refined details, presents innovative elements and finishes that elegantly accompany and enhance the iconic style of the OMEGA brand and its unmistakable heritage of outstanding engineering and flawless workmanship.The collection, produced by Marcolin, is available at OMEGA authorized dealers and in selected optician stores.